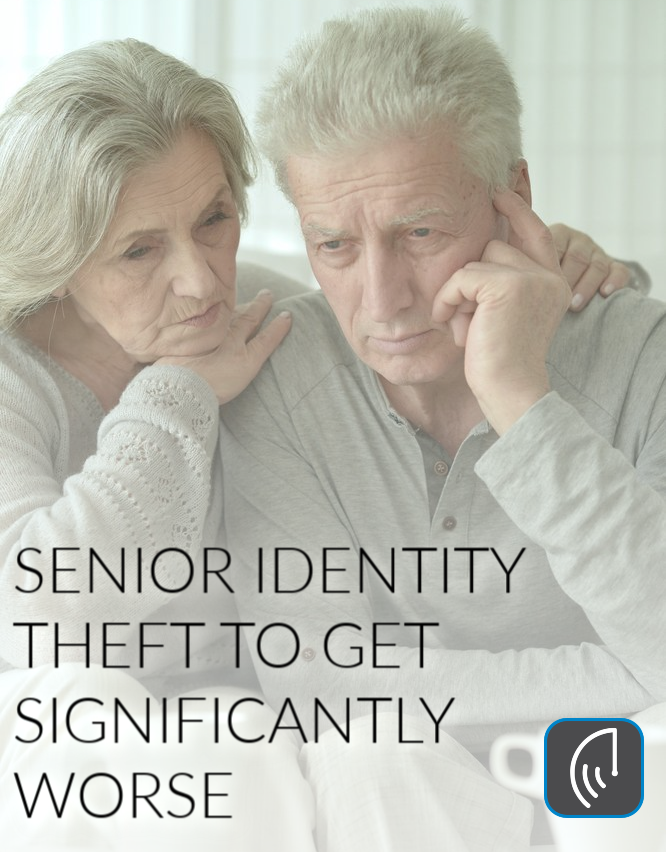 The latest research and identity theft trends indicate significant patterns.  Patterns that can help consumers and businesses mitigate their risks against identity theft.  One of these trends points to the unfortunate potential that senior identity theft is going to get significantly worse.

Based on the first half of this year – where 11 of the largest 13 data breach events occurred at medical or healthcare organizations (please see here) affecting nearly 24 million healthcare-related records.

And we believe senior identity theft and fraud will get significantly worse in 2020.

When you think about lost or stolen Personally Identifiable Information (PII), most people think about:

Healthcare is a Target

However, when the collections firm American Medical Collections Agency (AMCA) – which services laboratories, hospitals, physician groups, billing services and medical providers throughout the United States – experienced a data breach including Labcorp affecting 7.7 million patients and Quest Diagnostics affecting 11.9 million patients, we have to wondered how safe and secure all American consumer billing records really are?

If you add the mature market (50 – 59 years of age), the “Identity Theft Reports by Age” from the FTC Consumer Sentinel Network shows a three year average of 36% of identity theft victims were 50 years and older.

There were “only” 14.4 million identity theft victims in 2018, a drop from the record-breaking 16.7 million victims in 2017.  But it is estimated that out-of-pocket fraud costs for victims more than doubled in 2 Years to $1.7 billion.

Nearly 50 million health-related records have been reported stolen from over 1,000 data breaches over the last 30 months.  The statistics are staggering and will likely have an enormous, negative effect on seniors over the next couple of years.