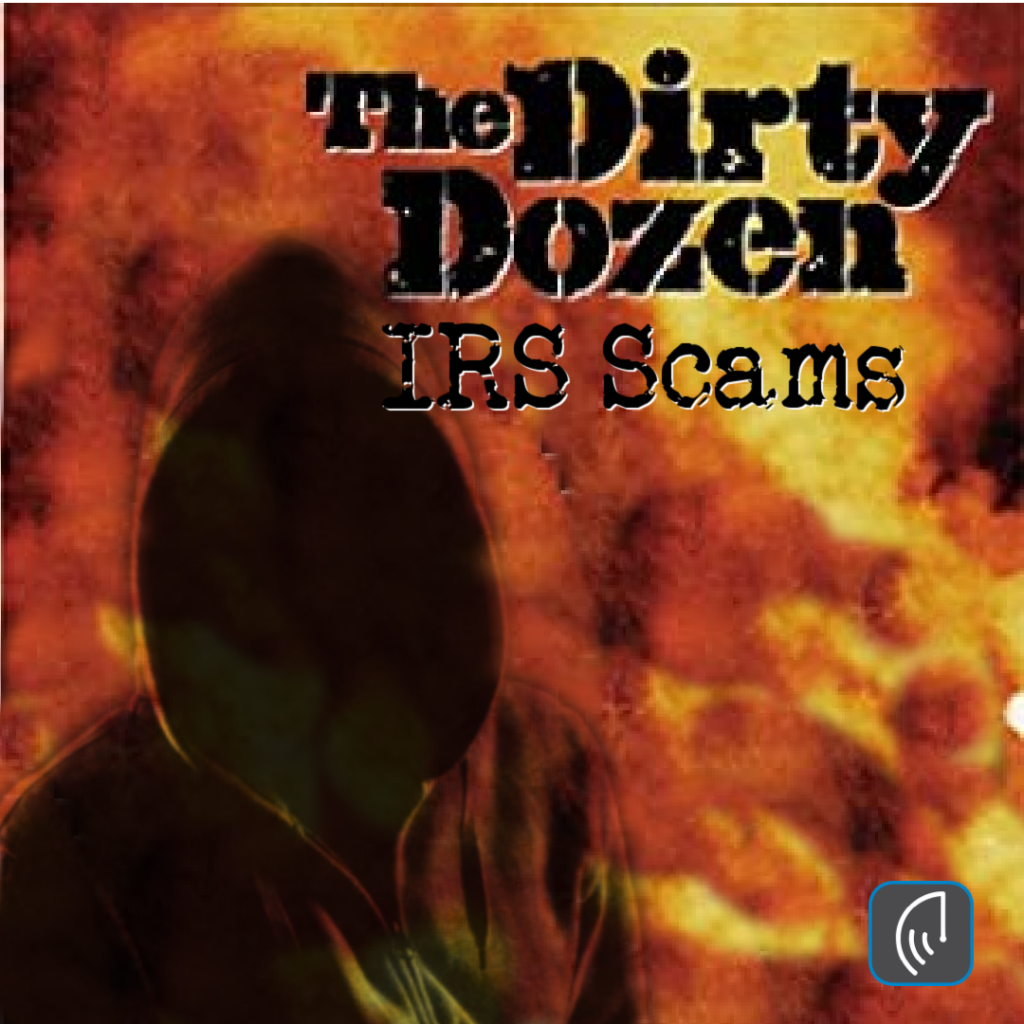 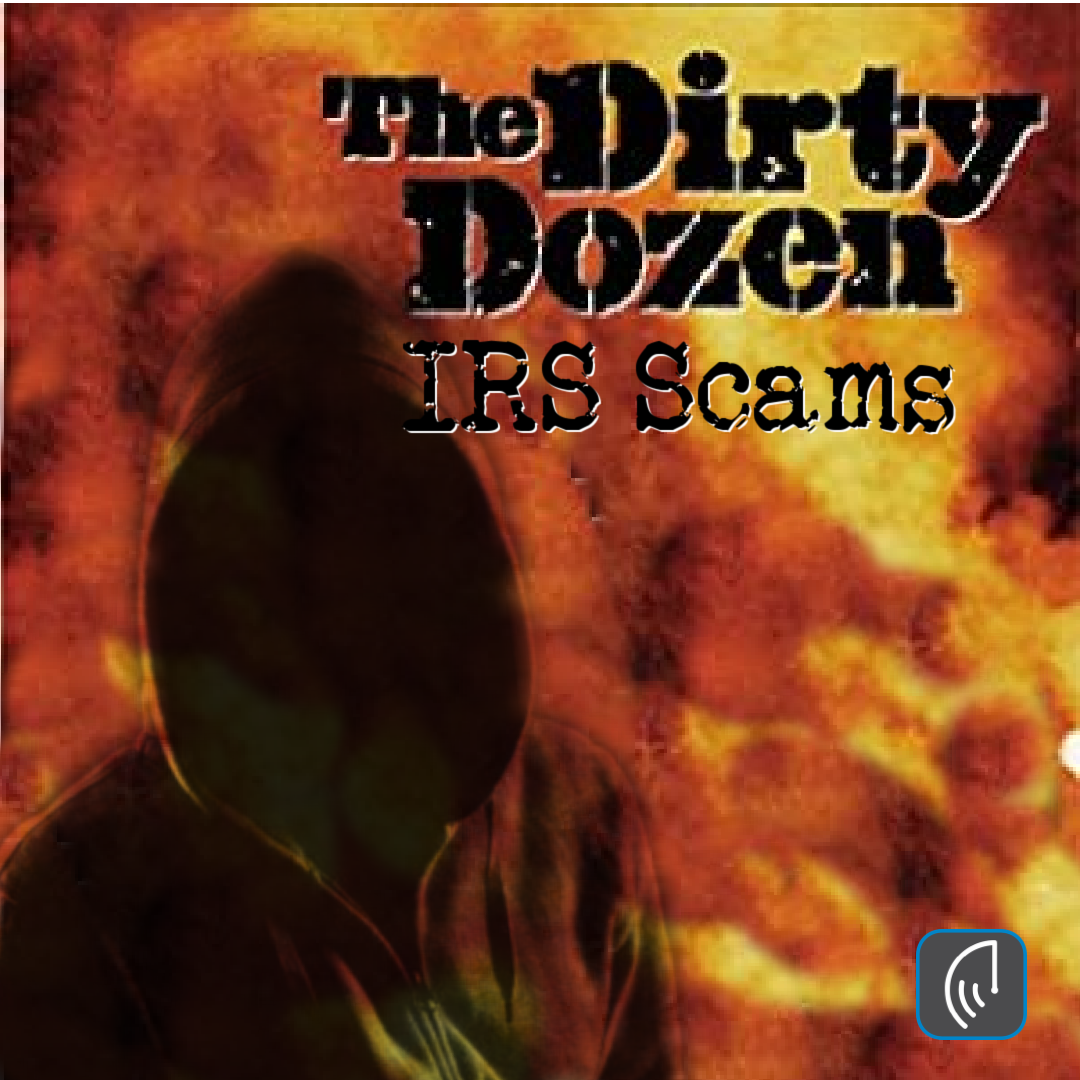 Be on the lookout for these 12 schemes and scams!

The categories are based on who perpetrates the schemes and who they impact.

The IRS continues to see ruses by dishonest people who trick others into doing something illegal or causes them harm. Predators encourage otherwise honest people to do things they don’t realize are illegal or prey on their goodwill.

Here are five of this year’s “Dirty Dozen” scams.

Scams requesting donations for disaster relief efforts are especially common on the phone. Taxpayers should always check out a charity before they donate, and they should not feel pressured to give immediately.

Taxpayers who give money or goods to a charity may be able to claim a deduction on their federal tax return by reducing the amount of their taxable income. But taxpayers should remember that to receive a deduction, taxpayers must donate to a qualified charity. To check the status of a charity, use the IRS Tax Exempt Organization Search tool. (It’s also important for taxpayers to remember that they can’t deduct gifts to individuals or to political organizations and candidates.)

Here are some tips to remember about fake charity scams:

IRS impersonators and other scammers are known to target groups with limited English proficiency as well as senior citizens. These scams are often threatening in nature.

While it has diminished some recently, the IRS impersonation scam remains a common scam. This is where a taxpayer receives a telephone call threatening jail time, deportation, or revocation of a driver’s license from someone claiming to be with the IRS. Taxpayers who are recent immigrants often are the most vulnerable and should ignore these threats and not engage the scammers.

The IRS reminds taxpayers that the first contact with the IRS will usually be through mail, not over the phone. Legitimate IRS employees will not threaten to revoke licenses or have a person deported. These are scare tactics.

As phone scams pose a major threat to people with limited access to information, including individuals not entirely comfortable with the English language, the IRS has added new features to help those who are more comfortable in a language other than English. The Schedule LEP PDF allows a taxpayer to select in which language they wish to communicate. Once they complete and submit the schedule, they will receive future communications in that selected language preference.

Additionally, the IRS is providing tax information, forms, and publications in many languages other than English. IRS Publication 17, Your Federal Income Tax, is now available in Spanish, Chinese (simplified and traditional), Vietnamese, Korean and Russian.

In an effort to make filing taxes easier for seniors, the IRS reminds seniors born before Jan. 2, 1956, that the IRS has re-designed the Form 1040 and its instructions, and that they can use the Form 1040SR and related instructions.

The IRS reminds seniors that the best source for information about their federal taxes is the IRS website.

Offer in Compromise mills contort the IRS program into something it’s not – misleading people with no chance of meeting the requirements while charging excessive fees, often thousands of dollars.

“We’re increasingly concerned that people having trouble paying their taxes are being duped into misleading claims about settling their tax debts for ‘pennies on the dollar’,” said IRS Commissioner Chuck Rettig. “The IRS urges people to take a few minutes to review information on IRS.gov to see if they might be a good candidate for the program – and avoiding costly promoters who advertise on radio and television.”

The IRS reminds taxpayers to beware of promoters claiming their services are needed to settle with the IRS.  And that their tax debts can be settled for “pennies on the dollar” or that there is a limited window of time to resolve tax debts through the Offer in Compromise (OIC) program.

An “offer,” or OIC, is an agreement between a taxpayer and the IRS that resolves the taxpayer’s tax debt. The IRS has the authority to settle,  federal tax liabilities by accepting less than full payment under certain circumstances. However, some promoters are inappropriately advising indebted taxpayers to file an OIC application with the IRS, even though the promoters know the person won’t qualify. This costs honest taxpayers money and time.

Taxpayers should be especially wary of promoters who claim they can obtain larger offer settlements than others or who make misleading promises that the IRS will accept an offer for a small percentage. Companies advertising on TV or radio frequently can’t do anything for taxpayers that they can’t do for themselves by contacting the IRS directly.

Taxpayers can go to IRS.gov and review the Offer in Compromise Pre-Qualifier Tool to see if they qualify for an OIC. The IRS reminds taxpayers that under the First Time Penalty Abatement policy, taxpayers can go directly to the IRS for administrative relief from a penalty that would otherwise be added to their tax debt.

Although most tax preparers are ethical and trustworthy, taxpayers should be wary of preparers who won’t sign the tax returns they prepare. For e-filed returns, the “ghost” will prepare the return but refuse to digitally sign as the paid preparer.

By law, anyone who is paid to prepare, or assists in preparing federal tax returns, must have a valid Preparer Tax Identification Number (PTIN). Paid preparers must sign and include their PTIN on the return. Not signing a return is a red flag that the paid preparer may be looking to make a quick profit by promising a big refund or charging fees based on the size of the refund.

It’s important for taxpayers to choose their tax return preparer wisely. The Choosing a Tax Professional page on IRS.gov has information about tax preparer credentials and qualifications. The IRS Directory of Federal Tax Return Preparers with Credentials and Select Qualifications can help identify many preparers by type of credential or qualification.

Taxpayers should that they are legally responsible for what is on their tax return regardless of who prepares it. Consumers can help protect themselves by choosing a reputable tax preparer.

Unemployment fraud often involves individuals acting in coordination with or against employers and financial institutions.  Their goal is to get state and local assistance to which they are not entitled. These scams can pose problems that can adversely affect taxpayers in the long run.

States, employers, and financial institutions need to be aware of the following scams related to unemployment insurance:

Below is a shortlist of financial red flag indicators of unemployment fraud: